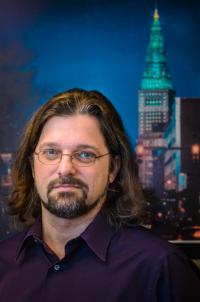 Dr. Kiril Streletzky (Dr. S. as he is known to his students) has been elected President of the National Society of Physics Students (SPS) for a two-year term. SPS is a professional chapter-based society explicitly designed for students and their advisors which exists to help students transform themselves into contributing members of the professional community. The SPS reach is broad and impactful, with a current roster of more than 820 chapters and close to 6,000 paying members (in addition to countless “unofficial” student members).

Dr. Streletzky has already served twice (2013-1016 and 2016-2019) on the SPS National Council as elected Zone 7 Councilor (Zone 7 covers all the chapters in Ohio, Michigan, West Virginia, and western Pennsylvania and includes about 80 active SPS chapters). He is happy for the opportunity to serve the National SPS community as President (July 2021-July 2023) and is looking forward to strengthening the connection of CSU to the physics community.