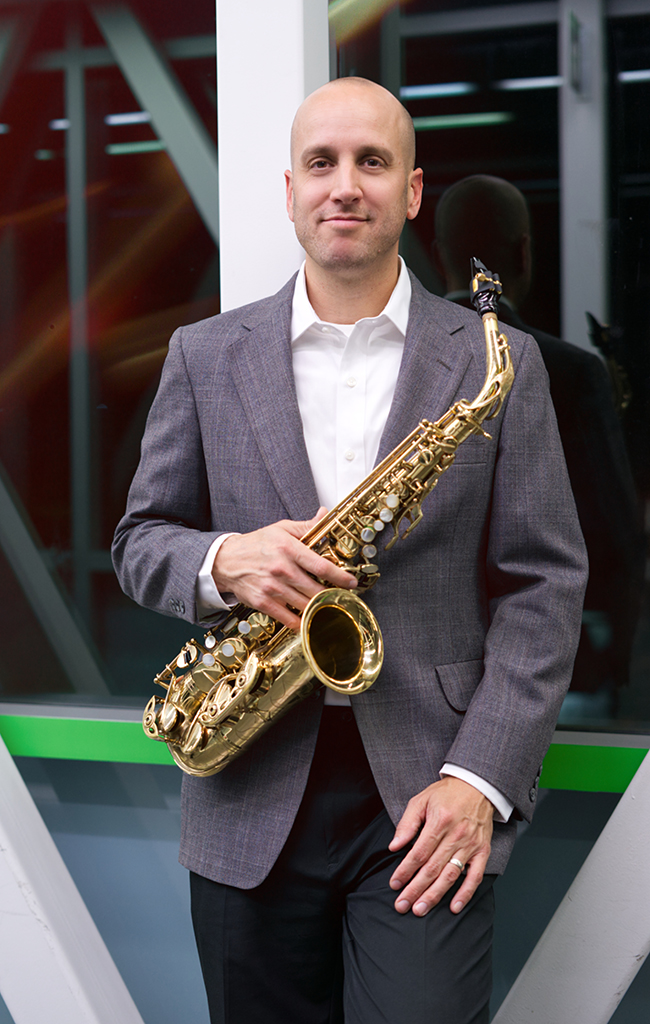 Tom is a member of the music faculty at Cleveland State University, Notre Dame College, and was recently appointed as Saxophone Professor at The College of Wooster. He has previously held faculty positions at the Baldwin-Wallace Conservatory of Music, Lorain County Community College, and Western Reserve Academy. He is a woodwind coach for the Cleveland Institute of Music Cleveland Youth Wind Symphonies and is a teaching artist for CIPC ArtsConnect at Gilmour Academy.

As a Music Therapist, he has worked at the Prentiss Autism Center and has over ten years of experience working with the urban youth population of Cleveland who has severe emotional disturbances. In addition to crisis intervention, re-education, and sanctuary therapeutic models, he is also trained in applied behavioral analysis from the Cleveland Clinic and completed the Child Trauma Academy with Dr. Bruce Perry. Since 2015 Tom has been chosen by ORMACO (Ohio Regional Music Arts and Cultural Outreach) to facilitate annual grant-funded therapeutic music workshops with at-risk youth.

Tom earned a Masters of Music degree at Kent State University where he was awarded the Walter Watson Jazz Award, Outstanding Soloist at Elmhurst Jazz Festival, and Winner of the Graduate Student Soloists Competition. He also earned a double Bachelors degree in Music Therapy and Music Performance at the Baldwin-Wallace College-Conservatory of Music, a Diploma from the Armed Forces School of Music, and is a U.S. Army Veteran with various awards and decorations.

Tom Lempner is a Conn-Selmer Performing Artist and an endorsing artist for Air Revelation.