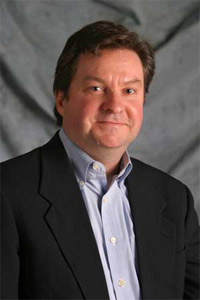 Sean Gabriel is the principal flutist of the Blue Water Chamber Orchestra and the Cleveland Chamber Symphony, our city's award-winning new music ensemble. Mr. Gabriel has performed as soloist with both groups and has recorded extensively with the Cleveland Chamber Symphony, including their Grammy Award winning recording of Olivier Messiaen's Oiseaux Exotiques, which features pianist and fellow Cleveland State University faculty member, Angelin Chang. Mr. Gabriel is also a member of the Erie Philharmonic Orchestra of Pennsylvania, having performed under four music directors: Eiji Oue, Peter Bay, Hugh Keelan and current director, Daniel Meyer. Sean was the principal flutist of the Opera Cleveland Orchestra from 2002 to 2010 performing in over fifty staged opera productions. He was also a member of the Ohio Chamber Orchestra, Cleveland Ballet Orchestra and Akron Symphony.

Mr. Gabriel is a frequent recitalist at Cleveland State University and Baldwin Wallace University, where he is also on faculty. He has performed as soloist with the Cleveland State University Orchestra, Wind Ensemble and Chamber Orchestra and has performed on many student recitals and other chamber music programs. Mr. Gabriel is a sought-after adjudicator for many scholarship and concerto competitions in northeast Ohio including the Frieda Schumacher Concerto Competition and the Lakewood Three Arts Club. He is a member of the Advisory Board of the Riemenschneider Bach Institute at Baldwin Wallace University and is a member of the Maud Powell Society for Music and Education