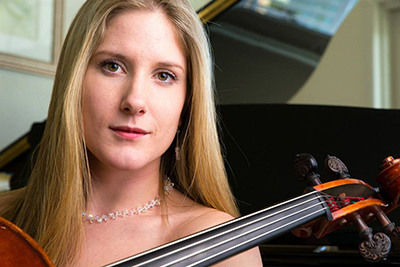 Elizabeth Zadinsky earned her Master of Music degree in Cello Performance from Cleveland State University in the spring of 2015. During her two years of studying at CSU, she was a Graduate Assistant to Alan Harrell, a cellist in The Cleveland Orchestra. Prior to her time in Cleveland, Mrs. Zadinsky received a Bachelor of Music in Cello Performance from the Jacobs School of Music at Indiana University in 2012 and also a Performance Diploma from IU in 2013. During her time in Bloomington, she studied with Peter Stumpf, the former Principal Cellist of the Los Angeles Philharmonic. Elizabeth had the opportunity to study chamber music with the Pacifica Quartet, Lawrence Hurst, and Yael Weiss at IU. Before Elizabeth entered college, she studied with the Assistant Principal Cellist of the National Symphony Orchestra, Glenn Garlick.