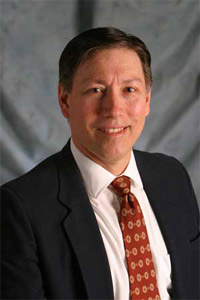 Daniel Barber is a native Clevelander, and a graduate of University School. He took piano lessons at the Cleveland Music School Settlement where he studied with Andrius Kuprevicius. He holds a bachelor of music degree from Oberlin College Conservatory of Music, and master and doctor of music degrees from Indiana University. He has studied with Beryl Ladd, Joseph Schwartz, Jack Radunsky, Gyorgy Sebok, Enrica Cavallo Gulli and Jorge Bolet. For two years, 1975-77, he was assistant to Jorge Bolet at Indiana University.

Dr. Barber has been on the piano faculty at Cleveland State University since 1991. He has played numerous Carnegie Hall recitals in New York, and made his major orchestra debut in 1990 performing Alberto Ginastera’s Piano Concerto No. 1 with Vladimir Ashkenazy conducting the Cleveland Orchestra in Severance Hall. He gave the Cleveland premier of Virko Baley’s Piano Concerto No. 1 in 1996 with the composer conducting the Cleveland Chamber Symphony, and was re-engaged in 2002.  Dr. Barber is a pianist of wide-ranging repertory. He has been active in the Reconnaisance Chamber Ensemble and the Cleveland Composer’s Guild (all new music concerts). In 1998 he performed the complete Well-Tempered Clavier by J. S. Bach at Bethany United Church of Christ in Cuyahoga Falls, Ohio.  He has made promotional recordings for the Steinway Piano Company, and has served on the piano faculty at Illinois State University, the Cleveland Music School Settlement, the Cleveland Institute of Music (assisting Grant Johannesen), and Baldwin-Wallace College Conservatory of Music.  Dr. Barber has had recent performances of Beethoven’s Piano Concerto No. 4 and Beethoven’s Piano Concerto No. 5 (Emperor), an all-Liszt solo recital for the Music under the Spire series held at the Lindsay-Crossman Chapel, Baldwin-Wallace College, and  Brahms Piano Concerto No. 2  with Anthony Addison and the Heights Chamber Orchestra.

In 1995 Dr. Barber began studying organ with Daniel Hathaway at Cleveland’s Trinity Cathedral. He plays adjunct keyboards for the Akron Symphony, and serves as organist at Prince of Peace Lutheran Church of Medina and St. Sebastian Catholic Church in Akron, where he plays the Extraordinary Form Latin Mass.  Dr. Barber is the author of an article published in the Garland Encyclopedia of Keyboard Music entitled “World War II and the American Piano Builders.”  He has also written Piano Playing: A Comprehensive Course for the Beginning to Intermediate Level Piano Student.

Dr. and Mrs. Barber live in Cuyahoga Falls, Ohio. They have three children. In his spare time, Dr. Barber enjoys gardening and athletics.  You may follow his concert schedule by checking DanielRBarber at twitter.com.