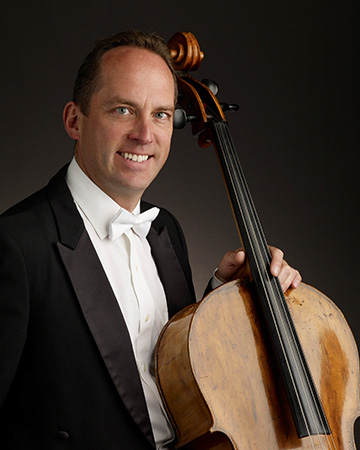 An avid chamber musician, Mr. Bernard was a member of The Cleveland-based ensemble “Myriad” and The Cleveland Octet, and currently performs with Ensemble HD. His discography includes Paul Schoenfield’s “Cafe Music” on Innova Recordings, Bernstein’s Piano Trio on Naxos, and “Ensemble HD Live at the Happy Dog.”

Mr. Bernard studied with Michael Kilburn at the Montreal Conservatory and with Stephen Geber (former principal cello of The Cleveland Orchestra) at the Cleveland Institute of Music, from which he earned an Artist Diploma. A recipient of grants from the Canadian Arts Council and the FCAR Foundation, Mr. Bernard has won the Feiman Memorial Prize in cello and first prizes in cello and chamber music at the Montreal Conservatory.