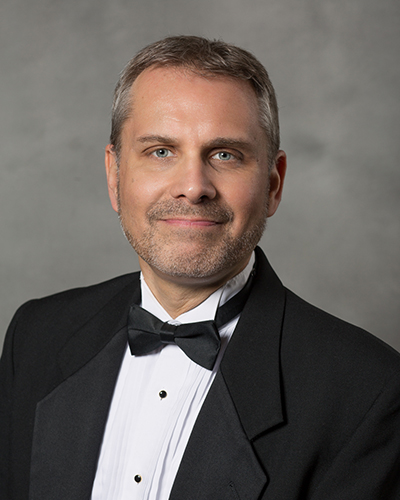 Brian Bailey is the Director of Choirs at Cleveland State University, where he conducts the CSU Chorale and University Chorus, coordinates the voice area, and teaches aural skills courses. He earned the Doctor of Musical Arts degree in choral conducting from The University of Iowa, where he conducted programs with the Camerata Singers and with Kantorei, the select chamber choir. For his doctoral thesis, he created the first complete edition of the Mass in C for chorus and orchestra by the American composer George Bristow (1825–1898). His other training as a choral musician includes ensemble experience and study at Augustana College (Illinois), The Eastman School of Music, and Indiana University (Bloomington, Indiana). His principal teachers have included Timothy Stalter, Donald E. Morrison, and Robert Porco. In addition to his duties at Cleveland State, he sings in the Cleveland Chamber Choir and in the Cleveland Orchestra Chorus.

Before joining the Cleveland State faculty, Dr. Bailey was the Visiting Director of Choirs at The College of William and Mary in Williamsburg, Virginia for the 2008–09 school year. Prior to his doctoral studies at The University of Iowa, he was on the music faculty at Appalachian State University in Boone, North Carolina from 1994 to 2004. His duties there included conducting the Appalachian Chorale, coordinating the degree program in sacred music, and teaching music theory, organ, and harpsichord. He has held a variety of positions as a church musician, and has also been active as a harpsichordist and continuo player.