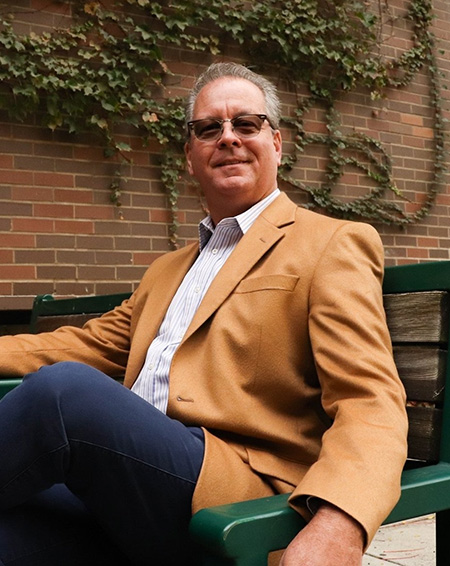 Dr. Birch Browning is Professor of Music and Director of Bands at Cleveland State University, and Music Director of the Cleveland Winds, a professional wind band based at CSU. He taught high school band and orchestra in Florida prior to earning a Ph.D. in Music Education at Florida State University. A member of the faculty at CSU since 2002, he previously taught music education courses at Stetson University and FSU.

Dr. Browning is a member of the College Band Director’s National Association Research Committee and has presented his research findings at numerous state and national conferences. His first book, Becoming a Musician-Educator: An Orientation to Musical Pedagogy, was published by Oxford University Press in April 2017. Dr. Browning served on the editorial board of Contributions, a research journal sponsored by the Ohio Music Education Association (OMEA), from 2008 to 2020, including four years as Editor and six years as Associate Editor of the journal. Dr. Browning has served on the College Band Directors National Association Research and Editorial Review Committee since 2015.

Along with his research work, Dr. Browning is in demand as a conductor and clinician. In addition to his conducting responsibilities at CSU, Dr. Browning founded the Cleveland Winds in 2009. The Cleveland Winds is the winner of The American Prize in the Band/Wind Ensemble Performance—community & school division and performed at the Ohio Music Education Association Professional Development Conference in Cleveland, Ohio in 2017. The CSU Chamber Winds performed at the same conference in 2005 and 2015. Dr. Browning’s ensembles have given live performances on WCLV, Cleveland’s Classical Music Station, on six occasions. The CSU Symphonic Band, CSU Chamber Winds, and the Cleveland Winds appear on the recently released recording Timothy Reynish International Repertoire Series, Vol. 12, which is available on iTunes and Spotify.

Dr. Browning is the author of the online software application, eMirror, multi-purpose research, and instructional tool. eMirror is designed to assist in the process of obtaining quantitative time use and sequence data from video episodes and in creating self-observation assignments for students to promote data-informed reflection. Researchers and instructors design custom observation and assessment templates, allowing them to focus on the target behavior to be observed, quantified, and timed, and to encourage students to focus on specific aspects of their instructional delivery for subsequent improvement. Research on the use of eMirror also indicates that preservice teachers, specifically music education students, significantly modify their own instructional delivery through the use of targeted self-observation.

A previous version of eMirror was useful on MacOS from 2005 to 2012. Version 2.0 for the web is in the beta stage and has been undergoing extensive testing and use since Fall 2019. For information on using eMirror, contact, Dr. Browning.