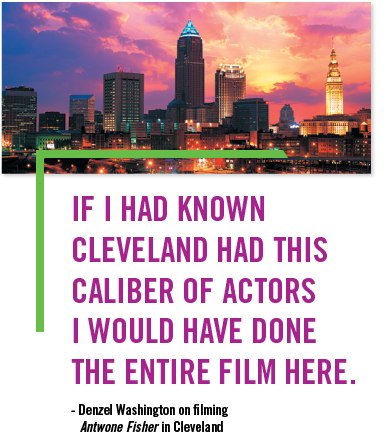 Be part of a thriving film community.

As a School of Film & Media Arts student, you’ll be embedded in a film community that has a rich production history including the more than 300 commercials, documentaries, independent and studio feature films, and TV shows that have been filmed in Ohio over the past decade. Our state’s largest annual film festival, the Cleveland International Film Festival, takes place each spring while the Greater Cleveland Film Commission continually attracts a broad range of media productions and related businesses to Northeast Ohio. Among the Commission’s track record of success:

Find additional inspiration in the arts at CSU.

CSU’s Arts Campus features more than 120,000-square-feet of studios, rehearsal space, classrooms and production shops with faculty from top local arts organizations, such as the Cleveland Orchestra and the Cleveland Museum of Art. Located in the heart of Playhouse Square, our nation’s largest performing arts center outside of New York City, the Arts Campus is also home to the Tony Award-winning Cleveland Play House, America’s only professional theatre company that includes an undergraduate learning environment. These are just a few of the reasons why Travel + Leisure included Cleveland among its 2015 list of “America’s Most Cultured Cities.” 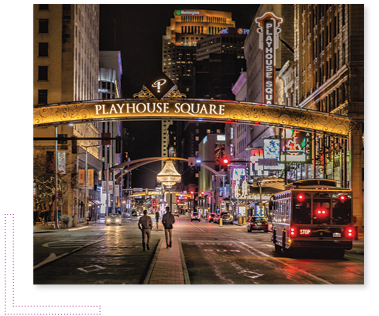 Plus, CSU’s extremely competitive tuition (among the lowest of Ohio’s public universities) is even more valuable when you consider the area’s low cost of living, particularly as compared to other major U.S. cities. Here’s how far your dollars for tuition and living will go: 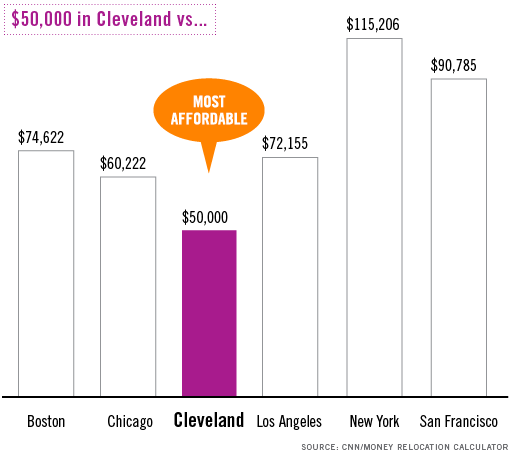 So, don’t miss out on your chance learn and live in the CLE. Apply today.

School of Film & Media Arts - In the News